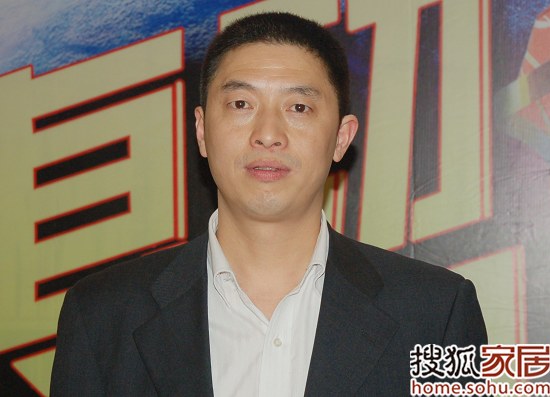 [Reporter]: Since the beginning of 2009, Siwei Sanitary has always had a strategy called â€œThe Return of the Kingâ€. What does this specifically mean?

After the listing, with the requirements of the national economic construction "national retreat and advancement", the four-dimensional company was transformed into a shareholding system, state-owned capital was gradually diluted, and private capital entered. Because of the lack of understanding of the bathroom industry, production management and control are not too good. Coincidentally, in the 7th and 8th years after 2002, the development of the sanitary ware industry was relatively fast. The performance of Siwei Sanitary Ware due to the problem of private holdings has gradually declined, and it has experienced a relatively low tide period. By 2009, Chongqing Light Textile Group, a top 500 Chinese manufacturing company, is 100% wholly-owned by Siwei, and is fully responsible for 4D production and operation. With the brand foundation of Siwei Sanitary Ware and the good operating real estate network of Chongqing Light Textile Group, Siwei Sanitary Ware has gradually recovered strongly in recent years. This so-called "the return of the king."

[Reporter]: Where is the "return of the king"?

[Feng Yuandao]: In June 2009, after Chongqing Light Textile Group was fully responsible for production and operation, we increased from one original furnace to two. In 2011, Siwei built the longest kiln in Asia with a length of 148 meters, with an annual production capacity of 1.5 million pieces, with an output value of more than 140 million yuan. This is a good change in production.

The second performance was that in June 2011, with the support of China Textile Group, we proposed the goal of building a four-dimensional sanitary industry park. Relying on the Siwei Ceramics Factory, we have introduced some bathroom-related supporting enterprises to enter our park. This project has been filed. The park will include bathroom cabinet factories, art ceramic factories, etc., as well as the shower room factory currently under construction.

[Reporter]: What is the development status of Siwei Sanitary Ware in Hebei market in recent years?

[Feng Yuandao]: The market in Hebei has developed very fast in the last two years. Now, in the ranking of sales performance in the national market, Hebei's ranking is still relatively high. Our current policy for dealers is to rank according to ability and strength. If your strength and ability are strong enough, your distribution level will increase. We have general distributors in Hebei Province. We will also develop our distributors in Hebei Province when we develop dealers in prefecture-level cities. The secondary dealers, main distributors and factories will sign a tripartite agreement. All our distributors are at our headquarters. Will do their best to give support.

[Reporter]: How does the 4D headquarters evaluate the work of Hebei dealers?

[Feng Yuandao]: Hebei's general distributors can be said to be quite strong among our distributors across the country. The bathroom industry is very different from other industries. A large part of the distributors in the sanitary industry are gradually growing from the grassroots level. Now the team of Hebei distributors is very sound, the team's ability to collaborate is also very strong, and the overall management is still Very standard.

[Reporter]: How many regional distributors are four-dimensional sanitary wares in China, such as Hebei dealers?

[Feng Yuandao]: In other regions, we also have Hebei's agency form focus on decorating the home network. Sichuan, Zhejiang, and Jiangxi all have similar agent status in Hebei. As I said earlier, the size of the dealership distribution area is determined by his management ability and overall strength.

[Reporter]: At the previous meeting, you also talked about marketing activities. The current market situation is that the sales volume in the normal store except the promotion is very poor. In your opinion, this kind of sales promotion by the promotion will be in the future market. ?

[Feng Yuandao]: You said that this situation does exist. I think that the future sales form of activities and promotions will decline, because no matter which form of activity, investors must spend a lot of resources to carry out Propaganda, this is actually a waste of resources. At present, the "clear price" advocated by the state should be the development trend of the future industry. It will directly face consumers with an open and transparent price system, reduce other intermediate links, and save social resources. However, the recent form of sales promotion and sales will not change greatly.

[Reporter]: In the face of the current situation in the sanitary industry, the macro environment is not optimistic, how can the four-dimensional bathroom go against the trend, how to achieve the "king of the king"?

[Reporter]: Thank you, Minister Feng for an interview.